NEETs – the youth stacked between education and work 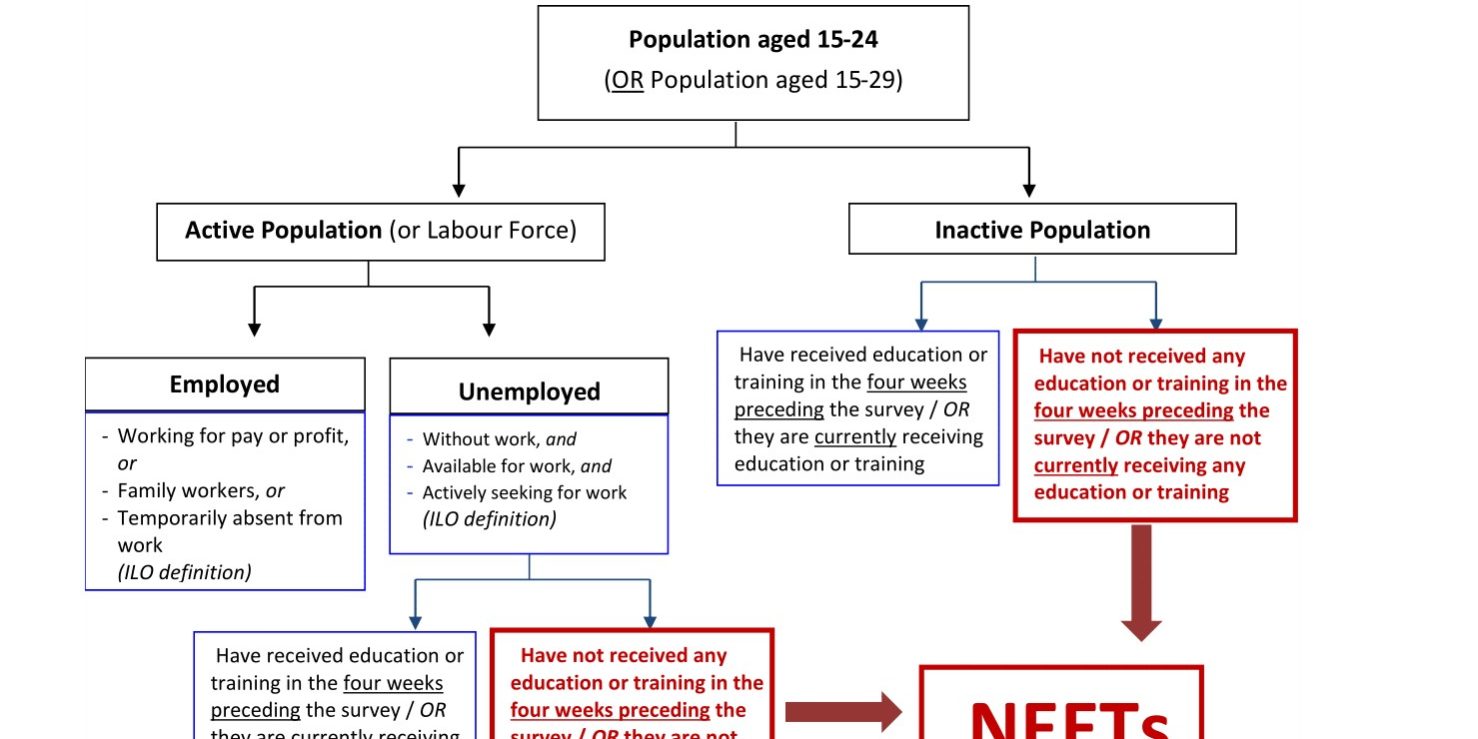 When it comes to youth at the labour market, the most important indicators were usually the employment and unemployment rate. In the first decade of 2000s, it became clear that these rates do not capture the situation of all young people. While many young people aged 15–24 (or 15–29) are still students or trainees, there was a growing number of youth, which did not fall in any traditional category. The term NEET – young people neither in employment, education or training – which first emerged in the United Kingdom in the late 1980s, rapidly gained importance all around Europe.

There are various reasons for the emergence of this group. As it is described in the European Training Foundation 2015 report “Young people not in employment, education or training (NEET) – an overview in ETF partner countries”, it can be linked to “the growing complexity of youth transitions, the weakening of full-time routes through education and training, the growth of part-time and mixed patterns of work types, and changes in labour markets and the availability of jobs.”

The scope of NEET group is measured by the NEET rate. It is calculated through using Labour Force Survey data and refers to the percentage of the population aged 15–24 (in some countries 15–29) who meet two following conditions: (a) they are not employed (i.e. unemployed or inactive according to the International Labour Organisation’s definition), and (b) they have not received any education or training (i.e. neither formal, nor non-formal) in the four weeks preceding the survey (Eurostat definition). It is nicely visible on the scheme below (EFT 2015).

The broad definition of NEET concept has brought some criticism upon it. Some researches pointed that as the NEET group consists of very heterogeneous population, the diversity blurs the whole concept to such degree that it is not useful in planning public policies, and that “greater attention should be given to disaggregating the heterogeneous NEET category” (Mascherini 2018). Thus, in its reports Eurofound (2016) used five categories within the NEET population with varying degrees of vulnerability and needs: the conventionally unemployed, the unavailable, the disengaged, opportunity seekers, and voluntary NEET. Recently Massimiliano Mascherini developed seven subgroups of NEETs: re-entrants, short-term unemployed, long-term unemployed, unavailable because of illness or disability, unavailable because of family responsibilities, discouraged workers, and other inactive (2018).

While the above described criticism may be valid when it comes to the analysis of particular public policies, the general analysis of NEET category gives us wider perspective on the scale of problems emerging during the transition from education to work. Collecting and analyzing data on NEETs showed, among others, that the risk of becoming a NEET increases significantly with age or rural locality, that personal circumstances often exercise greater constraint on females.

Spending some time as a NEET for any reason have severe consequences for one’s future on the labour market. It also impacts other spheres of life, including mental and physical health. The consequences for the individual, society and the economy are wide and should be prevented. Introducing policies, which will concentrate on developing better education and training system, as well as youth activation programs, can help in tackling the issue. Therefore, in 2014 European Union introduced so-called Youth Guarantee program, about which we will write in our subsequent articles.