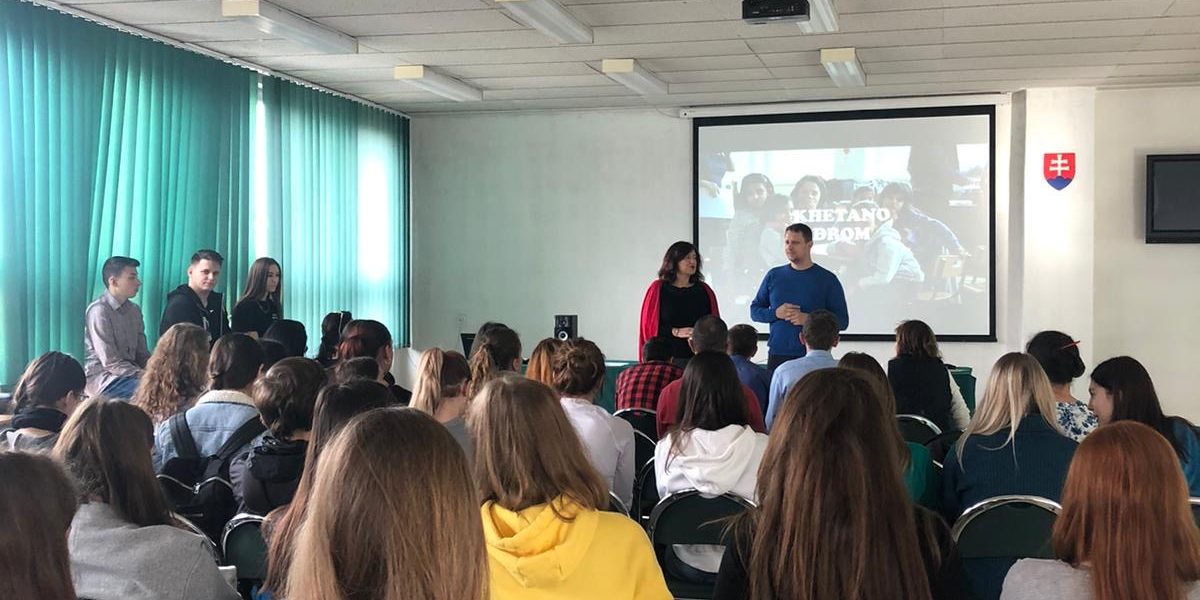 Despite the public education system in Slovakia being questioned for almost two decades, no substantial reform of either primary, secondary or tertiary education has happened. With the arrival of a number of major automotive companies into the country (Volkswagen, PSA Peugeot Citroën, KIA, Land Rover), Slovakia became the biggest car producer in the world per capita. However, this development increased pressure on the quality of the workforce, especially in technical and language skills.

There is a growing gap between young educated professionals suitable for good quality graduate jobs in a number of large foreign corporations, and a group of formally educated young people with limited skills who struggle to gain any kind of experience on the job market.

There is also a substantial subgroup of young people mainly from the Roma minority in Slovakia, living in severely deprived conditions in slums around the villages of South-Eastern and Eastern Slovakia. They are being discriminated by the official education system and they remain practically illiterate and unemployable for decades. This phenomena is of a deep and complicated socio-economic, cultural, and historical origin.

There is no doubt that secondary – together with primary – schools play an essential role in creating an educated nation. Therefore, the quality of education is a determining factor for the human capital of every country.  Not only knowledge is to be transferred onto students, but also skills (soft skills, problem solving, creativity, etc.) need to be developed within the years of compulsory education.

The requirements of labor market change in time and education should reflect the needs of current situation on the labor market. The more schools can educate students prepared for the labour market, the more effective is the relationship between schools and employers/businesses. Employers may also contribute to the quality of the education system via feedback, trainings, and constant cooperation with governmental bodies.